The most common way to advertise a default route into a routing protocol is via static distribution. What this does is that the router will take the static routes and translate them into the dynamic routing protocol so that way they can be advertised to neighbors whereas static routes by themselves are locally significant only.

In this lab you will configure a static default route on R1 and redistribute that route into RIP.

The following logical topology shown below is used in this lab; 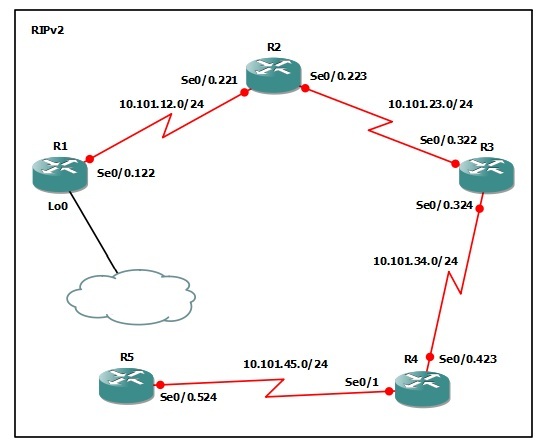 Objective 3. – Redistribute all static routes into the RIP routing process using a metric of 5

Objective 4. – Verify that the static default route being redistributed is properly propagated to R5.

As shown above you can see that a default route is now present in the routing table on R5 learned via RIP.